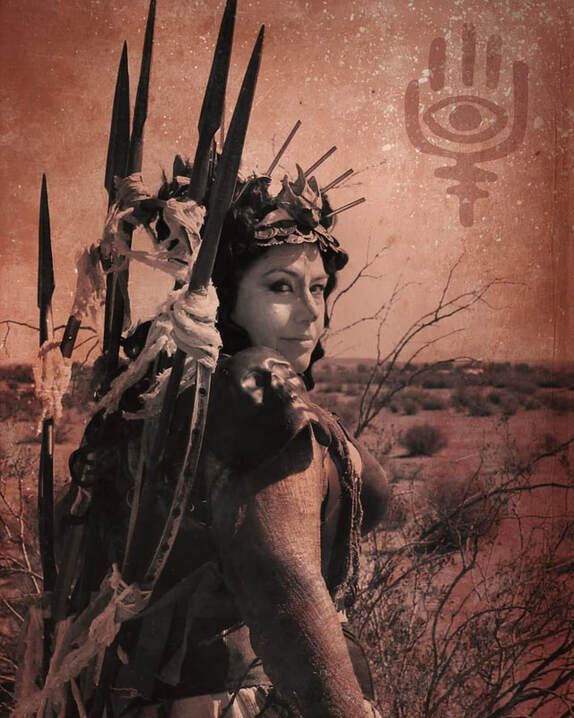 Before Tarot of the Waste was born, I attended Wasteland. It was there that some friends and I formed Cimota, Seers of the Waste. Each of us chose a method of "divination," and as an illustrator and history geek, I chose tarot. What started as fun personas for this weekend event turned into art about the characters we became and our story. After some research, Tarot of the Waste began to evolve.

The post-apocalyptic genre is a myth that has been building in our culture since its inception. Every culture and generation worldwide has its own version of life after the end. It morphs and mutates with each technological advancement and new plague. Echoing humanity's tendency to push towards its own destruction. This is rich soil for a storyteller.

In TOTW, the best end result is survival, in a world remade, shaped by fire and cataclysm. A world with no predictable resources, where those who cannot adapt perish. To add to the mythos of the Waste, depicting its subconscious is imperative. It combines the mundane and the arcane. It raises characters from our streets to figures of legend. TOTW depicts Wasteland's landmarks as monuments to resourcefulness and ingenuity.

This deck also has the weight and potency of OUR shared experience.  The blood and flesh of our dreams. I cannot express how excited and inspired I am about these cards. All of my favorite stories have had rich and complex world building. This is my chance to not only create my own world, but to also make it community-based myth. Tarot of the Waste is tailored lore, for our shared reality.